#YOUNGROCK This role is a special one and HIGHLY entertaining. Playing my grandma, Lia Maivia will be the one of a kind, Ana Tuisila. Cool backstory: My grandmother, Lia Maivia was pro wrestling’s first women’s promoter. She HAD TO BE tough as nails in a male dominated, shark infested world of wrestling. She set the bar for tough business practices and also set the bar for how loving a sweet grandma could be to her only grandson - me ☺️ She was also charged by the feds for extortion, eventually deported, became homeless and lost everything in the early 90’s. Crazy life. I was blessed enough to help change that hard time scenario around and get her back on her feet. Her journey was unreal and can’t wait for you guys to watch! #StrongWomen #YOUNGROCK sevenbucksprod NBC 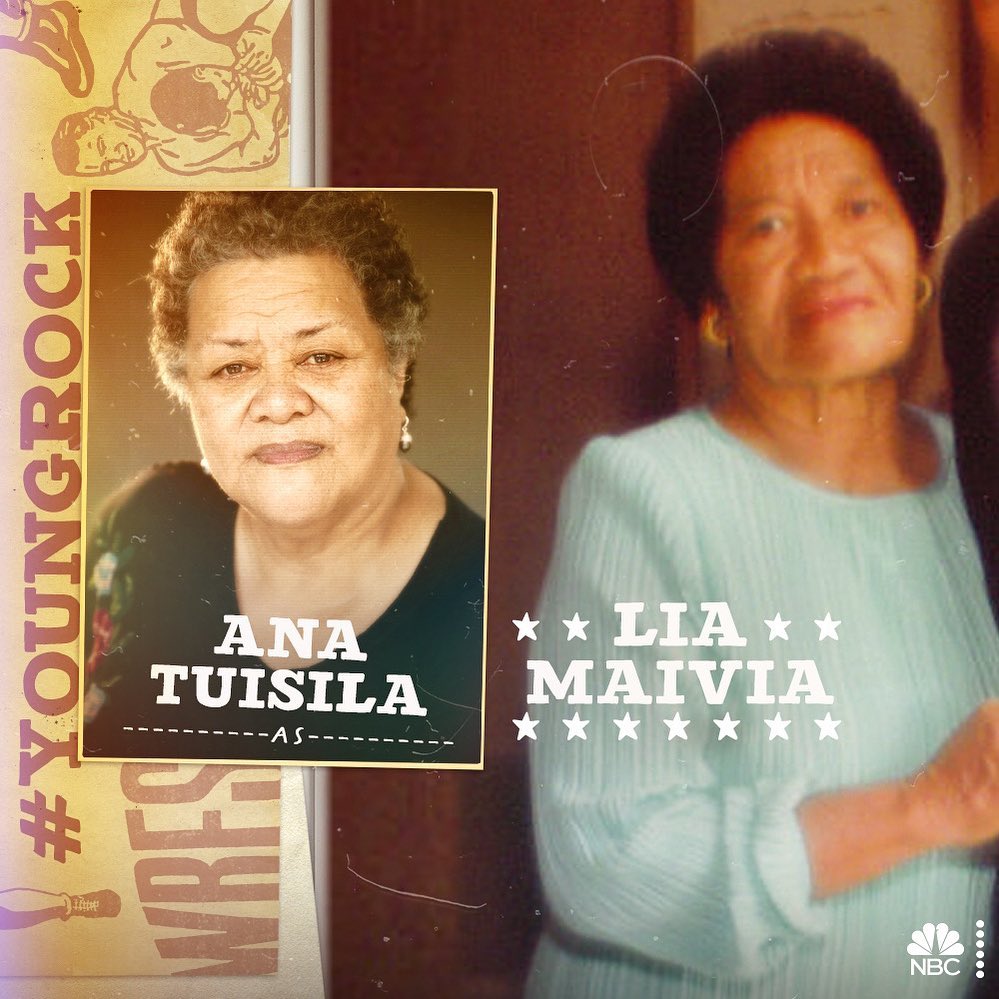 #YOUNGROCK Coming in hot and lowering the University of MIAMI BOOM 🏈💥 is ulilatukefu! Playing at THE U - these years were some of my most defining. The highs are incredible, but the lows were critical. 275lbs of upper body violence, attitude and clearly eating too much pizza. #NationalChampions #TheU #YOUNGROCK sevenbucksprod NBC 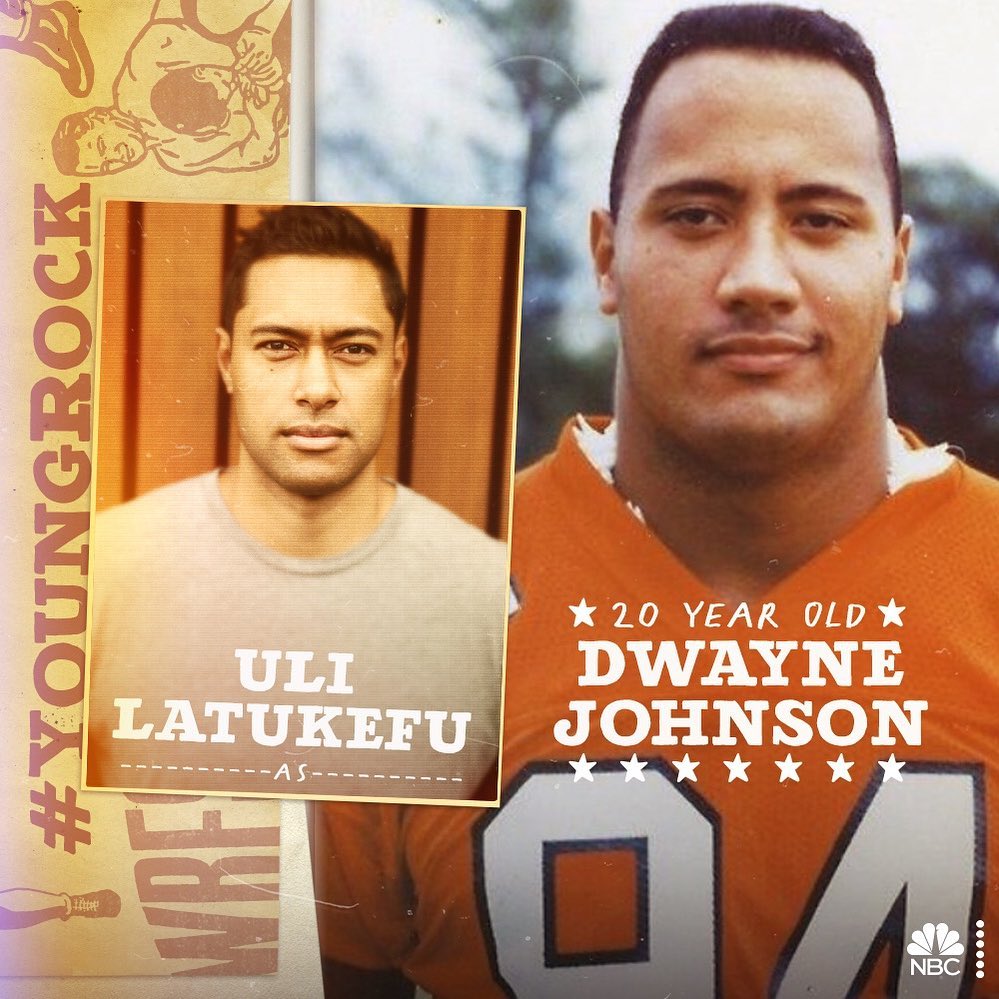 #YOUNGROCK And playing the OG original Rock - my pops, Rocky “Soulman” Johnson is the charismatic iamjosephleeanderson 💥 As you guys know my dad passed away earlier this year so this role is a special one and our first episode is dedicate to him 🙏🏾 My dad was a true trail blazer and broke color barriers all across our country in the 60s, 70s & 80s. One half of the first black tag team champions (with Tony Atlas) my pops was a bad dude in the game. I miss him. This one’s for you Rocky. #ToughLove #YOUNGROCK sevenbucksprod NBC 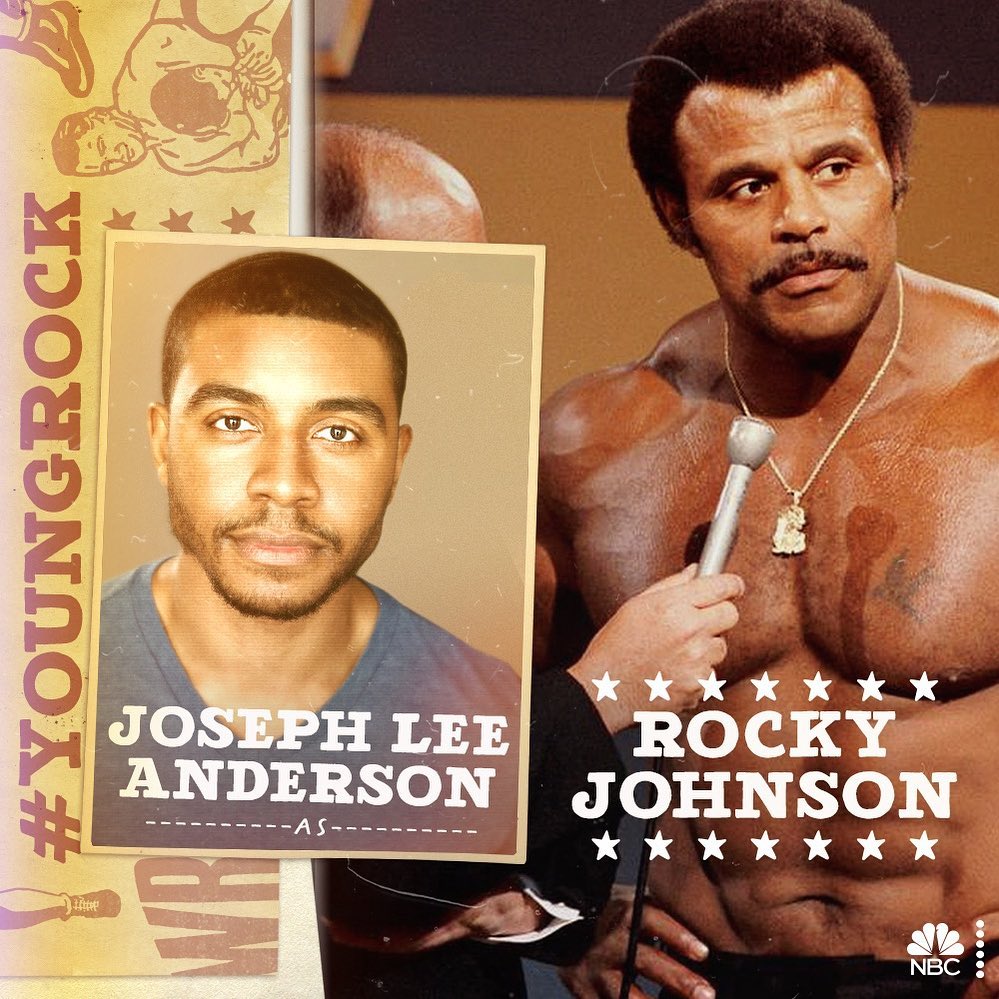